University of Georgia football fans swapped out red for pink this weekend to honor the wife of the opposing coach. 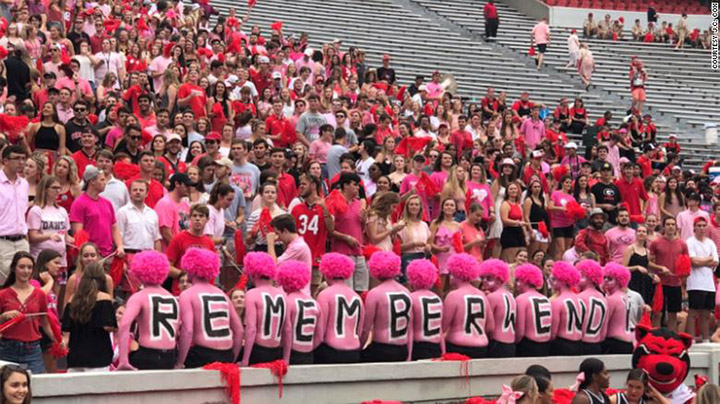 The fans staged a “pink out” of the stadium to remember Wendy Anderson, the wife of Arkansas State coach Blake Anderson.


“It has been a really emotional week,” Anderson said after the game on Saturday. “I just want to say publicly: one of the classiest moves I’ve ever seen. It’s hard to truly prepare for something like that.” 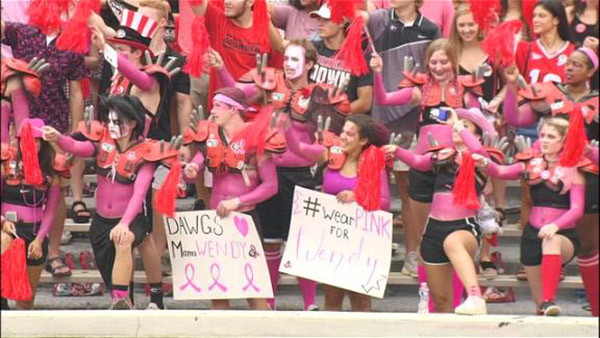 “I would say thank you to all those who showed up today wearing pink or thinking pink,” Anderson added. “They don’t know my wife and they don’t know me and they didn’t have to do it. I’m very grateful and honored and obviously overwhelmed.”


Anderson’s players were equally moved by the gesture.


“I’ll be a Georgia fan the rest of my life,” Arkansas State center Jacob Still said.


According to ESPN, at least a third of the fans in the announced crowd of 92,746 were wearing pink.

HCMay 27, 2020
Read More
Scroll for more
Tap
Text Message Sent To The Wrong Number Leads To Unexpected Act Of Kindness
School Custodian Comforts Student With Autism In Loud Cafeteria
Do NOT follow this link or you will be banned from the site!