The ‘Don’t Take the Girl’ singer shares on Instagram a photo of his singer wife that was taken by their daughter, Gracie, while sitting outside their Nashville home.

AceShowbiz –
Tim McGraw makes it obvious that he is in love with his wife and her new hair color. On Sunday, August 9, the “Live Like You Were Dying” hitmaker turned to social media to gush over a candid photo of Faith Hill that gave away her pastel pink hair.

The Instagram photo the 53-year-old country crooner posted captured his singer wife without any make-up on. She was sitting on a sofa outside their Nashville home, wearing a casual blue T-shirt and flashing a wide smile while looking away from the camera. Crediting the picture to their 23-year old daughter Gracie, he enthused, “Dang, I love this girl!”

Tim’s post has since received compliments from many. One in particular came from Tom Hanks‘ wife Rita Wilson who simply gave two double heart emojis and a pink flower emoji in the comment section. His fans have showered Faith with love. One raved, “OMG she’s beautiful,” while another pointed out, “She never ages! Love you both!” 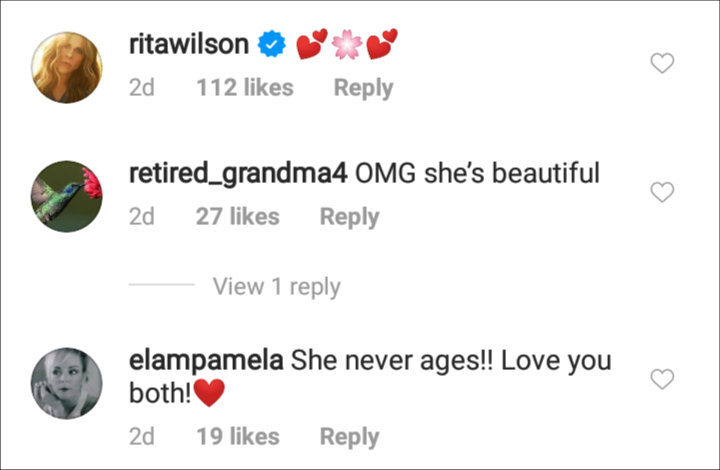 Tim McGraw got positive feedback for his complimentary post about wife Faith Hills.

Faith was not the only Tim’s family members to have rocked the pink-colored hair. Their daughter Gracie had also dyed her locks in the color matching her singer mother. On the same day her father unveiled her mother’s new do, she showed off her new look in a series of Instagram selfies.

Tim has apparently been a fan of Faith’s natural beauty throughout their 20-plus years of marriage. In a 2017 interview with NewBeauty, his wife stated that his favorite look of hers was one when she went without any makeup on. “He likes when I have no makeup on and crazy-curly hair. Before I put it up in a ponytail, he always tells me to wear it down because it’s his favorite,” she spilled.

Tim and Faith tied the knot in 1996 around two years after their first meeting at the New Faces Show in Nashville. In addition to Gracie, the twosome shared two other daughters, 21-year-old Maggie who recently graduated from Stanford University, and 18-year-old Audrey, who just completed high school.

HCSeptember 25, 2020
Read More
Scroll for more
Tap
Olivia Munn Exposes One of Her Ex-Boyfriends as Gay
NY Giants Co-Owner's Daughter Hilary Tisch Dies of Suicide at 36
Do NOT follow this link or you will be banned from the site!