A Georgia sheriff’s office has praised three inmates that helped save the life of a deputy who collapsed and suffered a head injury. 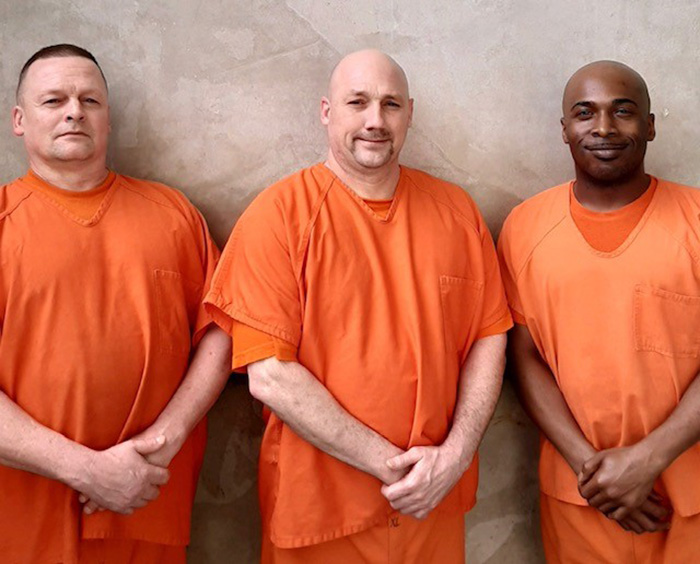 
“We are deeply appreciative to these three inmates for the courage, determination and kindness they displayed when they came to the rescue of our deputy who recently suffered a medical emergency while supervising a jail housing unit,” the Gwinnett County Sheriff’s Office said in a Facebook post.


The inmates noticed the deputy appeared “to be feeling poorly” while carrying out his security procedures in the housing unit. Although they were locked in their cells, they kept an eye on him as he returned to his seat at the deputy desk, where he lost consciousness and fell onto the concrete floor, splitting his head open.


The inmates then began pounding on their housing unit doors and shouting the deputy’s name to try and wake him.


The deputy later said he did not realize he had fallen unconscious, but upon hearing the noise awoke and rose to his feet to open cell doors, believing it was an inmate who needed help.


Three inmates rushed out of their rooms to render aid to the deputy, who lost consciousness once again.


The inmates sought help with the use of the deputy’s desk phone and his radio. Their efforts were successful and help arrived almost immediately.


“We’re happy to report that our deputy survived the harrowing incident and is recovering at home until he can return to duty,” the sheriff’s office said.


“We didn’t do anything for deputy Hobbs that he would not have did for us,” said inmate Terry Lovelace.


“I didn’t see him as an officer at that point. I just saw him as another human being going down and needing help,” inmate Mitchell Smalls added.

HCAugust 8, 2020
Read More
Scroll for more
Tap
Woman Reunited With Stolen Teddy Bear Containing Her Late Motherand#039;s Voice
Rescuer Descends Down 130-Foot Well To Retrieve Owl In Distress
Do NOT follow this link or you will be banned from the site!