A woman in Atlanta has “filled a hole in her heart” after meeting her biological brother who see had never met but known about for 14 years. 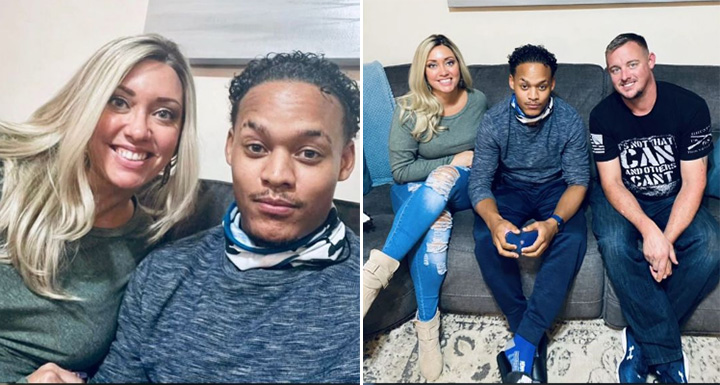 
Lindsey Henderson has spent most of 2020 looking for her brother, making a Facebook post explaining that her brother named Daniel Williams was taken by Tennessee Department of Children’s Services in 1993 and later adopted.


Henderson says she’s known about her birth brother, who is biracial, for 14 years. When her older brother Jason passed away 4-years-ago after battling addiction, her desire to connect with Daniel increased.


“It was something that he and I had always discussed tying to find our younger brother, and I sort of have a little hole in my heart,” Henderson said.


Within 24 hours of making her Facebook post, Henderson said a retired Shelby County sheriff’s lieutenant reached out and offered to help.


“He just offered to kind of help at no cost and within 48 hours of contact, he had a name for me and I found him on Facebook and I said ‘hi I’m your sister’,” she told WMC Action News 5.


Henderson learned his adoptive family named him Mike and on Sunday the long-lost siblings met for the first time in person.


“Emotions cannot describe how happy I am to have a big sister,” said Mike Williams, who lives in Tennessee. “I’ve got a big brother but a big sister that’s a different story so it’s exciting.”


Henderson and Williams are excited to share their newfound families with each other.

Man Chases Alligator Under Water, Pries Open The Gatorand#039;s Mouth To Save His Puppy

HCNovember 21, 2020
Read More
Scroll for more
Tap
Fire Departments Show Up At Childrenand#039;s Hospital To Cheer On Colleagueand#039;s Son Battling Cancer
FedEx Driver Buys New Basketball Goal For Boy In Random Act Of Kindness
Do NOT follow this link or you will be banned from the site!