After Turning Down A Woman Who Needed A Ride, Heand#039;s Completed Thousands Of Acts Of Kindness – Including Donating A Kidney

After Turning Down A Woman Who Needed A Ride, Heand#039;s Completed Thousands Of Acts Of Kindness – Including Donating A Kidney
HC


After Turning Down A Woman Who Needed A Ride, He’s Completed Thousands Of Acts Of Kindness – Including Donating A Kidney


There is a superhero in Pittsburgh.


Meet 29-year-old Jon Potter, a handyman by trade, who helps out anyone who asks for help no matter what they need. 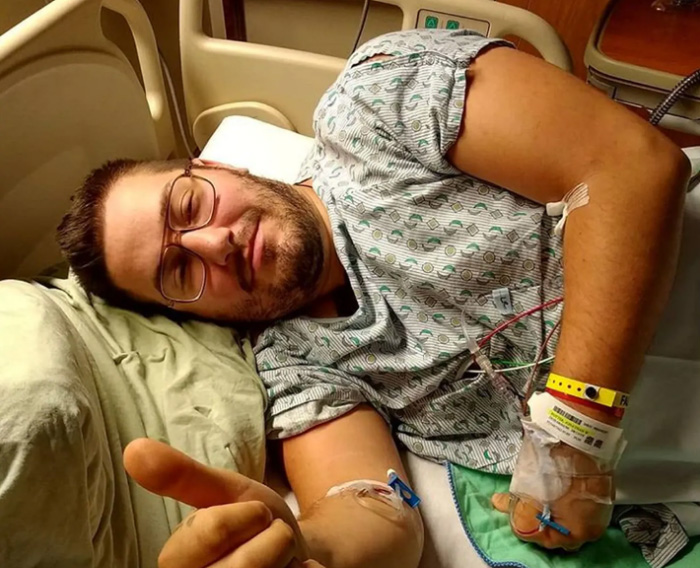 It started back in 2015, when a woman approached him for a ride to a women’s shelter and he said no. Feeling terrible, he vowed to be kinder next time a stranger needed help.


Weeks later while browsing the Pittsburgh Reddit forum, he got his chance. Someone needed help installing a TV antenna so Potter did it free of charge. The next day someone asked for a cat sitter and he jumped at the opportunity.


It snowballed from there.


“I decided that for the next year, if anyone asks me for help, as long as it’s legal and as long as it won’t harm anyone else, I’d do it. It sounds ridiculous, but I did it,” Potter told The Washington Post.


But Potter didn’t stop at one year.


Since 2015, Potter has done more than a thousand good deeds, including helping people move, buying people groceries, and raising money for a teen in his community who was injured while stopping a hate crime.


Last month, Potter really upped the ante on his acts of kindness by donating a kidney to a stranger.


Potter, who struggled with depression most of his life and was diagnosed with high-functioning autism last year says helping others was the “missing puzzle piece” in his life.


He said that pushing himself to interact with people by helping them has given him new appreciation for others and for life.


Watch the video below.

HCMay 27, 2020
Read More
Scroll for more
Tap
Michael Jordan Donates $1 Million To Hurricane Dorian Relief Efforts
Justin Timberlake, Tiger Woods Create Fund And Pledge $6 Million To The Bahamas
Do NOT follow this link or you will be banned from the site!