Jacquie Berglund is on a mission to turn beer into food.


For the last 20 years, her Minnesota-based brewery has been donating 100% of its profits back to the community. 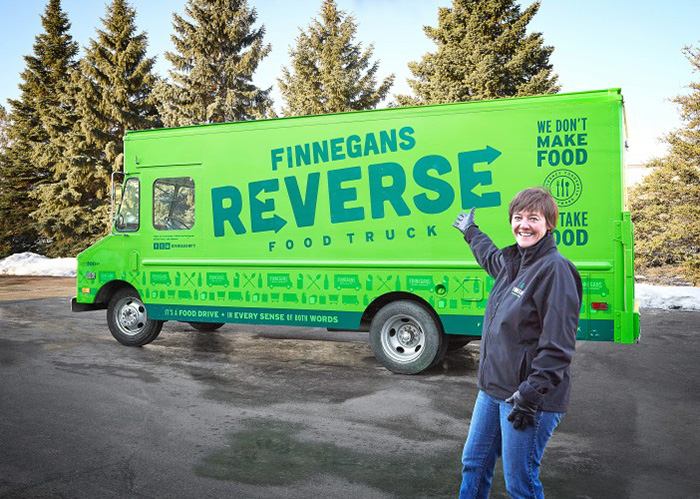 
Berglund opened Finnegans Brew Co. in September of 2000. It’s the first beer company to donate 100% of profits to fund fresh produce for those in need.


Through the creation of both FINNEGANS SBC, and its nonprofit counterpart, FINNEGANS Community Fund, Berglund has championed an innovative, market-based approach to addressing and raising awareness about food security in communities across the Midwest.


Finnegans also has a ‘reverse food truck’ that is used to collect food and monetary donations in exchange for beer samples.


Finnegans is now in its 20th year of business and approaching two million dollars of impact, which equates to about two million pounds of organic food distributed to families in need.


“We live in the wealthiest country in the world. It’s a crime that people can’t meet their basic needs,” Berglund said.


And Finnegans isn’t showing any signs of slowing down. Now you can find Finnegans beer in four Midwest states.


“I always wanted to leave the world a better place,” she says. “I’m just hardwired that way.”

HCFebruary 19, 2020
Read More
Scroll for more
Tap
El Paso Widower Has Vehicle Stolen, Local Dealership Gifts Him New SUV
91-Year-Old Diner Had No One To Talk To, So His Server Sat And Ate With Him
Do NOT follow this link or you will be banned from the site!