A man who lost his wife in the El Paso shooting had his SUV stolen and wrecked after her funeral.


After hearing about his ordeal, a local car dealership gifted him a brand new car. 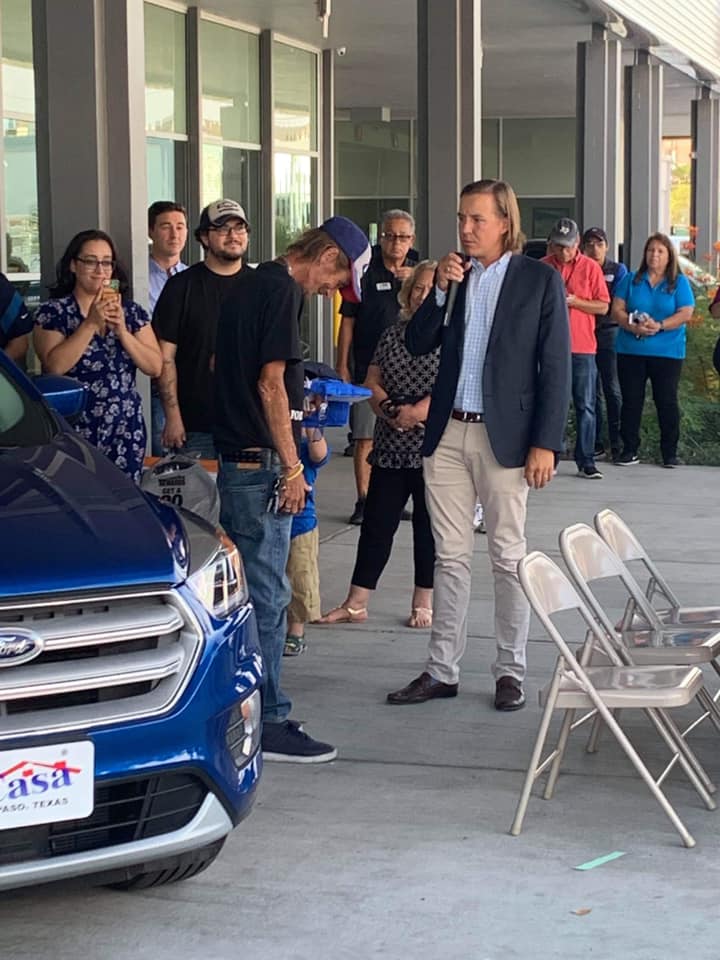 
Antonio Basco, 61, made headlines after issuing a public invitation to his wife Margie’s funeral, saying he felt alone as the couple didn’t have any nearby relatives. Over 3,000 people turned out for her services and over a thousand flower arrangements were sent for the funeral.


The following weekend, Basco’s vehicle was stolen and wrecked. In addition to the car destruction, the thief also stole a pressure washing machine from Basco’s trailer that he used for his mobile car washing business.


Casa Ford Lincoln, a dealership in El Paso, posted on its Facebook page that it was looking for ways to help Basco.


The dealership eventually gave Basco a brand new Ford Escape and a trailer.


“The Love of God has no borders,” the dealership wrote on Facebook.


CBS Dallas-Fort Worth reported that an anonymous donor bought Basco a new pressure washer for his business.

HCFebruary 19, 2020
Read More
Scroll for more
Tap
Childand#039;s Missing Teddy With Recording Of Deceased Motherand#039;s Message Found Safe
Woman Starts Beer Company That Uses 100% Of Profits To Feed The Needy
Do NOT follow this link or you will be banned from the site!