A family on vacation in Airdrie, Canada, returned home to Nova Scotia without an important member of the family: a teddy bear belonging to their seven-year-old son, Duncan.


But this bear is extra special to Duncan since it contains a very personal voice message recorded by Duncan’s birth mom before she passed away. 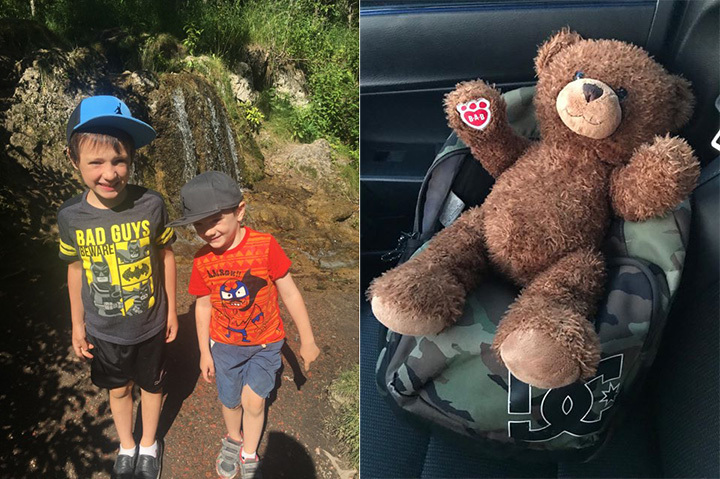 Duncan’s stepmom, Ranelle MacMaster, took to the internet asking Airdrie residents to keep an eye out for the stuffed bear.


On DiscoverAirdrie.com, it became known as “The great teddy bear hunt of 2019”.


On Monday evening, Airdrie resident Heidi Erickson dropped her son off at Nose Creek Park and found the teddy bear in a backpack hanging on a post.


“There was no backpack where I found it when I dropped them off, but when I returned, this backpack was hanging on a post,” Erickson told Global News. “I saw it and thought that looks so familiar, but I knew it wasn’t my kid’s backpack. It occurred to me that maybe it was the backpack from this story. I went and opened it and the bear was inside. I was in such disbelief.”


The bear is getting an express ride home and will be back in Duncan’s arms next week.


In the meantime, the bear is enjoying a victory tour around the city and is stealing the hearts of locals.


@AIR1061FM You guys rock! The bear has been found and beingall over AIRDRIE. Thanks everyone for making this little boys dream come true. pic.twitter.com/bVFKRtHnw3


“I’m really happy,” Duncan said. “I was feeling really sad for a few days because I missed my Momma Bear.”


Erickson said the real heroes in this story are Duncan’s two mothers. 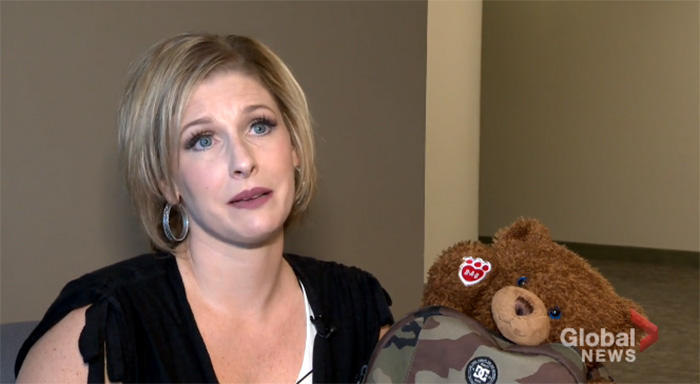 HCFebruary 19, 2020
Read More
Scroll for more
Tap
Shelter Dog Becomes Movie Star In Upcoming and#039;Lady And The Trampand#039; Remake
El Paso Widower Has Vehicle Stolen, Local Dealership Gifts Him New SUV
Do NOT follow this link or you will be banned from the site!